The Shah Jahan Mosque, built in 1889 by Dr Gottlieb Wilhelm Leitner, was the first mosque to be built in the UK and Northern Europe. The mosque is situated on Oriental Road in Woking, about three quarters of a mile from the railway station and town centre.

Today the mosque has the honour of being listed as a historical Grade 1 building and is also a registered charity. Since 1995, the local community has renovated the mosque and restored its original elegance.

In addition to the five daily prayers, the Shah Jahan Mosque is a focal point and continues to play a pivotal part in the life of the local Muslim community. Another important function of the mosque is to support and promote religious education and it provides regular classes for children and adults for this purpose.

Individuals and groups especially primary and junior schools are able to organise guided tours of the Shah Jahan Mosque, which provide an ideal opportunity for school children and adults to gain a better understanding of both Islam and the mosque.

The Shah Jahan Mosque in Woking launched a 24-hour service offering food and other help to those affected by the COVID-19 crisis. The support is for those who are self-isolating, NHS workers, the elderly, vulnerable and low income families. As well as food packs, Mosque volunteers are dropping off medication and also offering things as simple as a (social distancing) chat.

The food packs are reaching people within two hours of initial contact. This SJM Coronavirus Self-Isolation Project has been funded by £8,000, mostly donated by those who attend the Mosque and with a substantial donation from a local church and other places of worship, and with food donated by supermarkets. 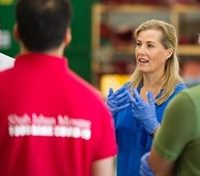 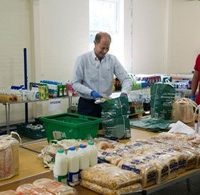