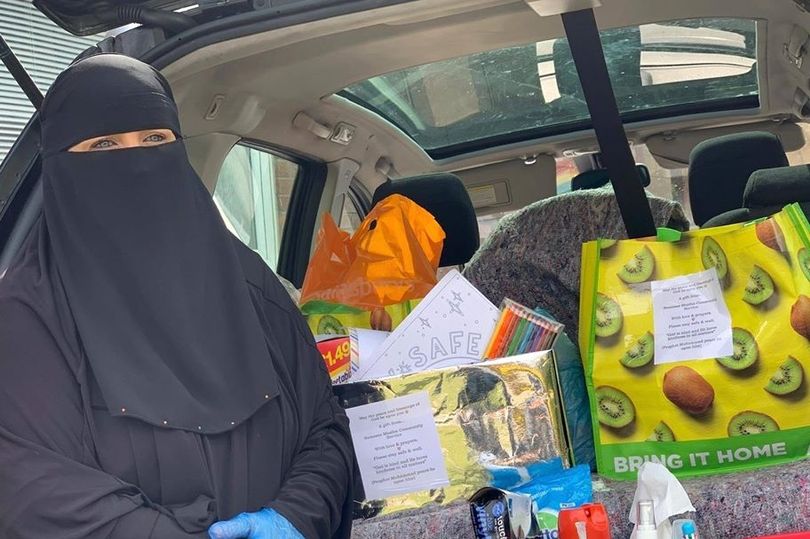 A volunteer has helped to save the life of an elderly man who she has been delivering food to during the coronavirus pandemic.

Aisha Rayhanna Ameris has been making regular food drops at the pensioner’s home in Swansea. However on one occasion she called to make a delivery but had no answer when she knocked at his door. She then became concerned when her third attempted visit went unanswered and she decided to phone the police.

Officers had access to the house with help from a relative and found him in his bedroom having suffered a suspected stroke. He was rushed to hospital and is now in a stable condition but the outcome could have been more serious.

Aisha said: “I asked his neighbours if anyone had seen him and they said, once I mentioned it, that he had not been seen for three days.

“I was very worried. I saw my previous note was still there and so I phoned the police and asked if it was okay to look through the window and when I did I could see the DVD player was on but the screen was just flashing.

“The police were able to get hold of his nephew and together they got into the house and he was upstairs in the bedroom with his cat.

“He had been in the same position for three days and had possibly suffered a stroke. He was critical when he was taken away by ambulance but the update is that he is stable. I am very thankful for this.”

She has been delivering vital food supplies to vulnerable people across all sections of the community since the coronavirus crisis began.