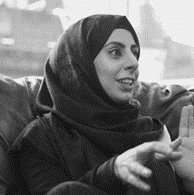 Ustadha Misba has studied under numerous shuyookh both in the UK and abroad. She has a BA honours in Arabic from the University of Manchester in addition to graduating from the University of Alexandria in Egypt. After which she went on to further enhance her Arabic studies in Damascus for a short period before returning to the UK.

Alongside her Arabic studies, Ustadha Misba studied tajweed in Egypt and received her ijaza in the Qira’a of Hafs.

Whilst in the UK, she studied under many prestigious scholars including the Dars e Nizami course with Allama Rasul Baksh Saeedi. She was also a student of Cambridge Muslim College.

She has travelled to Tarim, Yemen and studied under the Habaaib and their family and taught Quran at Dar al Zahra

She has had the honour of teaching the children of Shaykh Muhammad al Yaqoubi for a year in Morocco and has ijaza in Sahih Bukhari from the noble Shaykh.

During her further studies in Morocco, she took ijaza in the Qira’a of Warsh and also ijaza in the classical Ajrummiyah text. Additionally she studied tajweed with Shaykh Tawfiq Nouri in Fez and had the honour of studying Riyadh us Saaliheen and benefiting immensely from the late Shaykh Muhammad at-Tawil in Fez.

She resides in Derby as the founder of Evergreen, an organisation that encourages the strong tie between physical, mental and spiritual wellbeing and is completing her Masters in Educational Leadership at The University of Cambridge. 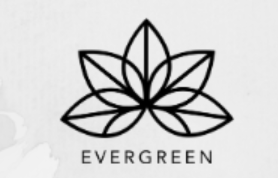 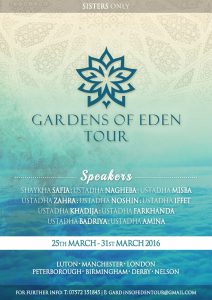