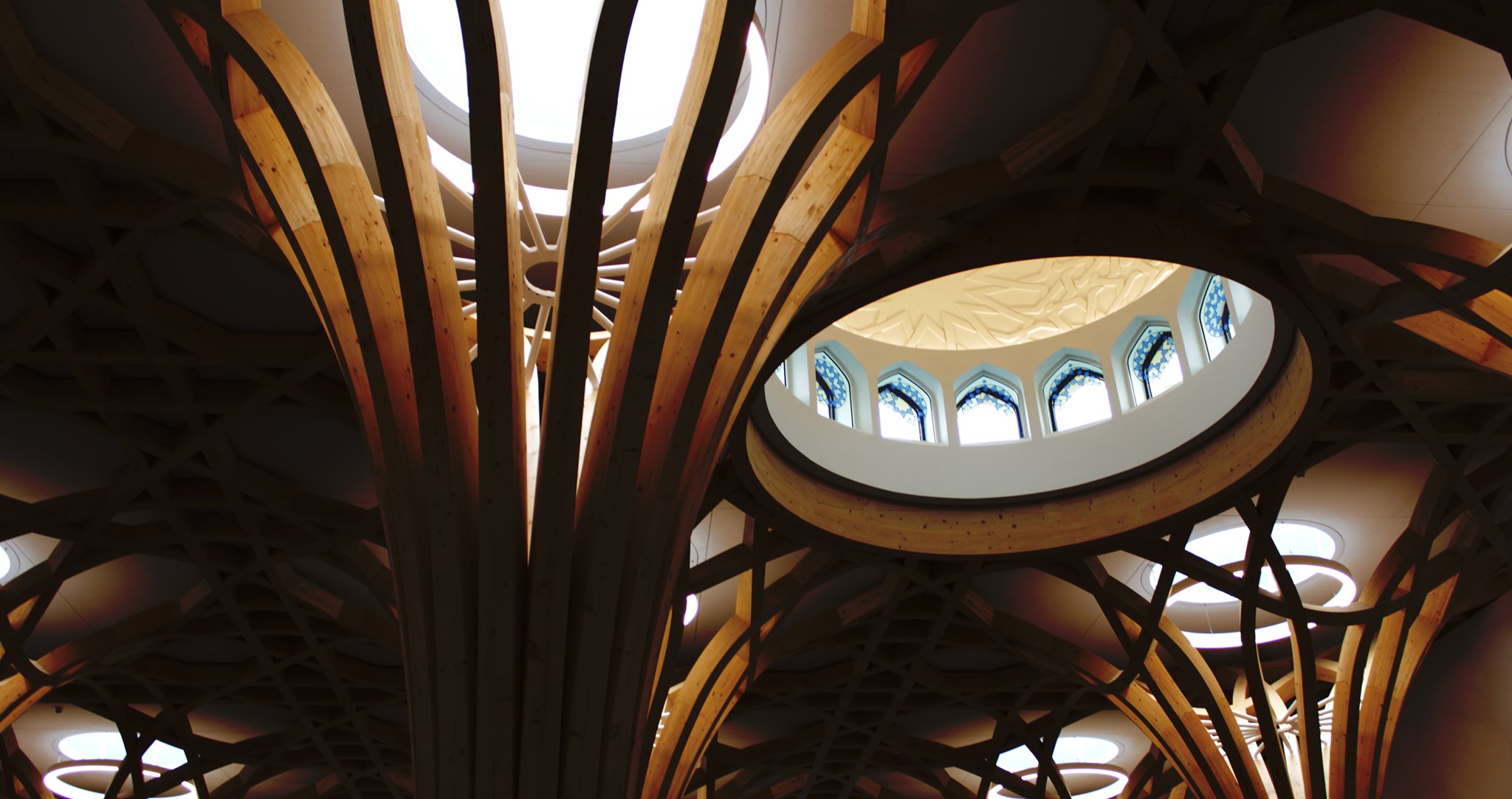 The Cambridge Central Mosque is the first purpose built eco-mosque in Europe.

The mosque cost £23 million to build, can hold 1,000 worshippers and has green features including air-source heat pumps, rainwater harvesting and solar panels.