This Mosque In Sepang Provides Free Groceries For The Needy 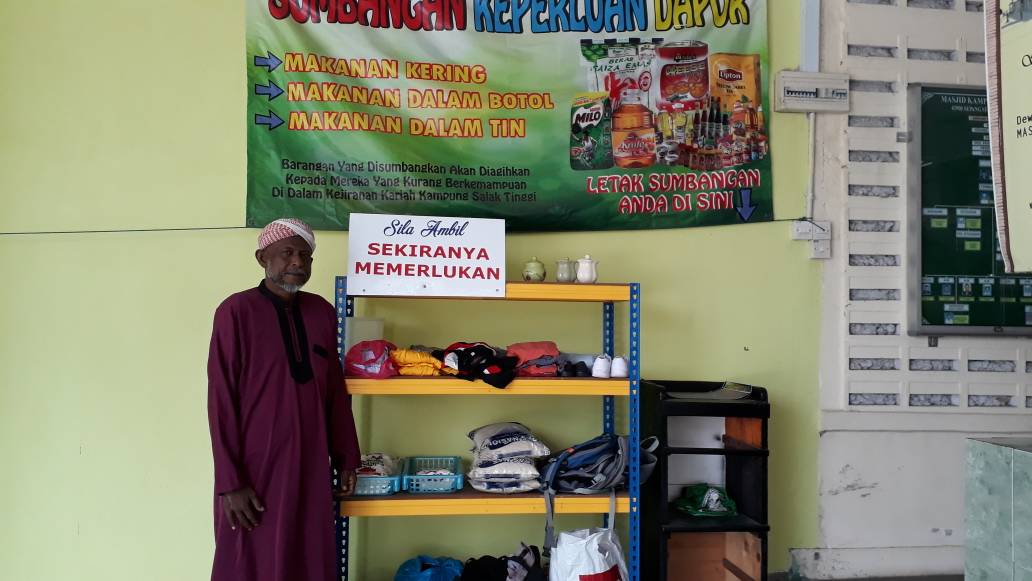 This Mosque In Sepang Provides Free Groceries For The Needy

A mosque in Salak Tinggi, Sepang, Selangor has created an initiative to help those who are in dire need of groceries and essential supplies but are unable to obtain them due to lack of financial means.

Masjid Kampung Salak Tinggi has a shelf where daily staples such as rice, cooking oil, sugar, milk and flour are placed and anybody can take those items from there.

The initiative is the latest effort by the mosque to help those who are poor and needy.

According to the Kampung Salak Tinggi village chief, Haji Mohamad bin Osman, the initiative was started in 2016, after the mosque committee found it hard to pinpoint poor families.

“Some of the villagers are not having an easy life. When we were looking door-to-door for poor families who need help, they might not admit that they are having financial troubles as they don’t want to feel embarrassed.

“So, the mosque created this shelf where anyone can take the items that are placed on the shelf,” said the chief.

He clarified the items are not only for the poor, but also for those who are struggling during the end of month, especially when all their salaries have been spent on other necessities.

“The shelf is open to everyone, regardless of financial status, as long as the people take the items responsibly.”

The initiative has received positive support from the local community, as many villagers donate various items on the shelf and even give some money to the mosque committee so that they can buy the items to be put on the shelf.

The mosque recommend those who are able to donate to provide dry goods, canned foods and essential groceries.

“One villager donates ten to 20 bags of rice every month, to be placed on the shelf for those in need of them.”

When Malaysian Digest visited the mosque last Sunday, school supplies such as backpacks and stationaries were placed on the shelf as well, considering it was the weekend before the start of the school year.

Mohamad also hopes that through this initiative, it would lessen the crime rate inside the village as those who are poor are not pressed into a life of crime and steal from others.

However, there are some insensitive and opportunistic individuals who take advantage of the free items by taking the items more than they should.

“We keep track of the item movement via CCTV recording, and we realised that there were a few individuals who took two or three bags of rice every few days, which were too much in a short period of time. The mosque committee suspected that they may have sold the rice instead of using it.

“Initially, we used to place a lot of items on the shelf at one time. After the incident, we would only place a handful of items at the shelf, while keeping the rest in the mosque’s storeroom. We would replenish the items on the shelf from time to time,” he explained.

The mosque committee have met up with the individuals to be mindful of others that may need the items on the shelf.

The initiative is lauded by the Selangor Islamic Department (JAIS), and Mohamad hopes that more mosques in Malaysia can follow in his mosque’s footsteps.