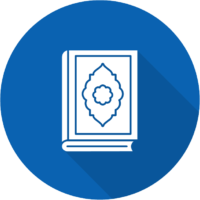 ‘And that those on whom knowledge has been bestowed may learn that the (Quran) is the Truth from thy Lord, and that they may believe therein, and their hearts may be made humbly (open) to it: for verily Allah is the Guide of those who believe, to the Straight Way ’

Madrasah is an Arabic word which means ‘school’. However, in this handbook a madrasah means an Islamic religious school.

Today in the UK, the traditional madrasah classes are normally held during weekday evenings or on the weekends. In many madrasahs there is no formal curriculum, or just a basic one and children of different age groups are often taught together. Teachers often just have a simple qualification, for example they have graduated from a madrasah, or they are the Imam (religious leader) of the mosque. The students in this type of madrasah are also likely to be students who go to mainstream state schools.

The philosophy and mission of the madrasah

You need to have a mission, objective and philosophy for the madrasah. This will help to bind the teaching staff, management and pupils of the madrasah together. The madrasah has never been isolated from any form of learning. So it should co-exist with other madrasahs, secular educational institutions, academics and child learning/teaching experts.

Remember that children already spend a full day at school – especially if you plan to run classes after school during week days. Leaving a gap before the madrasah starts will help children recharge their batteries and freshen up. When deciding how long the madrasah class will last remember that it is important to keep students’ attention as well as to cover certain material during a set time.

The following subjects could be offered, depending on the type and abilities of teachers at the madrasah. It is important to use written-down and tested guideline and syllabuses when delivering these subjects.