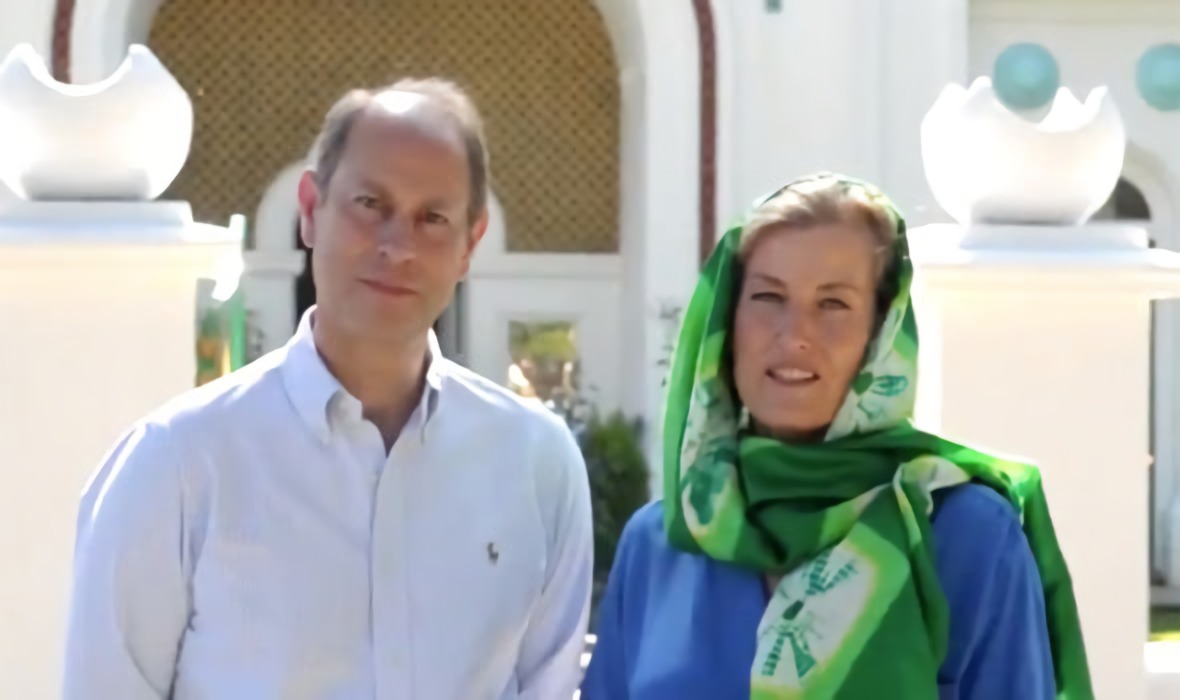 The Earl and Countess of Wessex visited the Shah Jahan Mosque in Woking to pack emergency food parcels for vulnerable people across the borough.

With the generous support of local churches, businesses and all the community, the mosque has managed to deliver more than 700 parcels to help local residents through the coronavirus pandemic.

Shahid Azeem, High Sheriff of Surrey, said: “The Earl and Countess of Wessex were warmly welcomed back to Woking and we were delighted with their help getting much-needed supplies out to those most impacted by the crisis.”

He added: “We were also proud to share our story and to show them the remarkable, collaborative effort being undertaken by the entire community here.”

And on International Nurses Day, on May 12, Sophie also volunteered to help pack food packages for healthcare staff, as well as meeting nurses and midwives at St Peter’s Hospital in Chertsey.

The Shah Jahan Mosque was the first mosque to be built in the UK and Northern Europe, and is a vital community focal point for the local Muslim community.Last year, it was awarded historical Grade I listed-building status and celebrated its 130th anniversary.