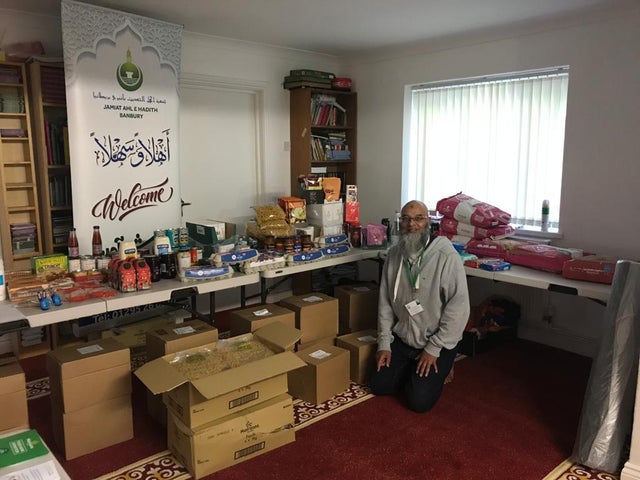 Initially the food parcels were aimed at the elderly vulnerable and those self isolating.

Shameem Ramzan, one of the vulunteers from the mosque, said: “We quickly realised there was a need in the wider community as the current financial situation was having an enormous impact on families who were having to live off a reduced income.

“We would like to reach as many people as possible who need a helping hand.”

The food packs were primarily funded by the kind donations of the mosque congregation.

Morrison’s in Banbury got on board and now donate weekly to the food packs.

There are a small number of volunteers who have continued to worked through Ramadan whilst fasting 17-18 hours a day.

Shameem added: “We are continuously getting referrals from various organisations working with those who are vulnerable.

“We would like to hear from any other local organisations and individuals needing support.”