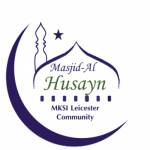 MKSI Leicester is a registered charity, community centre and Mosque that have been serving all forms of the community in Leicester. MKSI serve the local community comprising of over 600 regular attendees (230 member families) with daily prayers and programs including both religious and social functions for all demographics; general, ladies, seniors, youths and children. Programs are both within the centre and online covering a more national participation. Outreach, welfare and local charity including food bank, mental health and sports.

The ‘seeds’ of the MKSI community was first established through the first few majlises that were held at the residence of several families back in 1972. In 1974, the formation of MKSI (Muslim Khoja Shia Ithna-Asheri) Leicester came into being through the purchase of 172 Mere Road which was used for majliases and madressa. Maulana Syed Zulqadar Razavi became the first Resident Aalim of the Jamaat.
With the growth of the Jamaat, the requirement of a larger property to cater for the jamaat became essential and hence in 1983 the jamaat moved to 127 Loughborough Road which was called ‘Husseini Mosque’. Over this years, the Leicester Jamaat saw a growth in membership with a firm commitment to cater for the spiritual needs of the members.
In 1998, due to a growing Leicester Jamaat a piece of land was purchased with the purpose of building a purpose built mosque. The construction for the new mosque and Imambargah commenced in September 2005 at Duxbury Road. The offical opening of the ‘Masjid al-Husayn’ was on 14th January 2007. Sheikh Yusufali Dhirani is the current Resident Aalim of the MKSI Leicester Jamaat.
VOTE 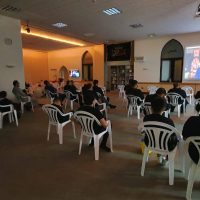 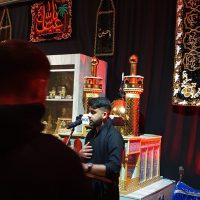 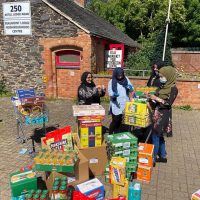