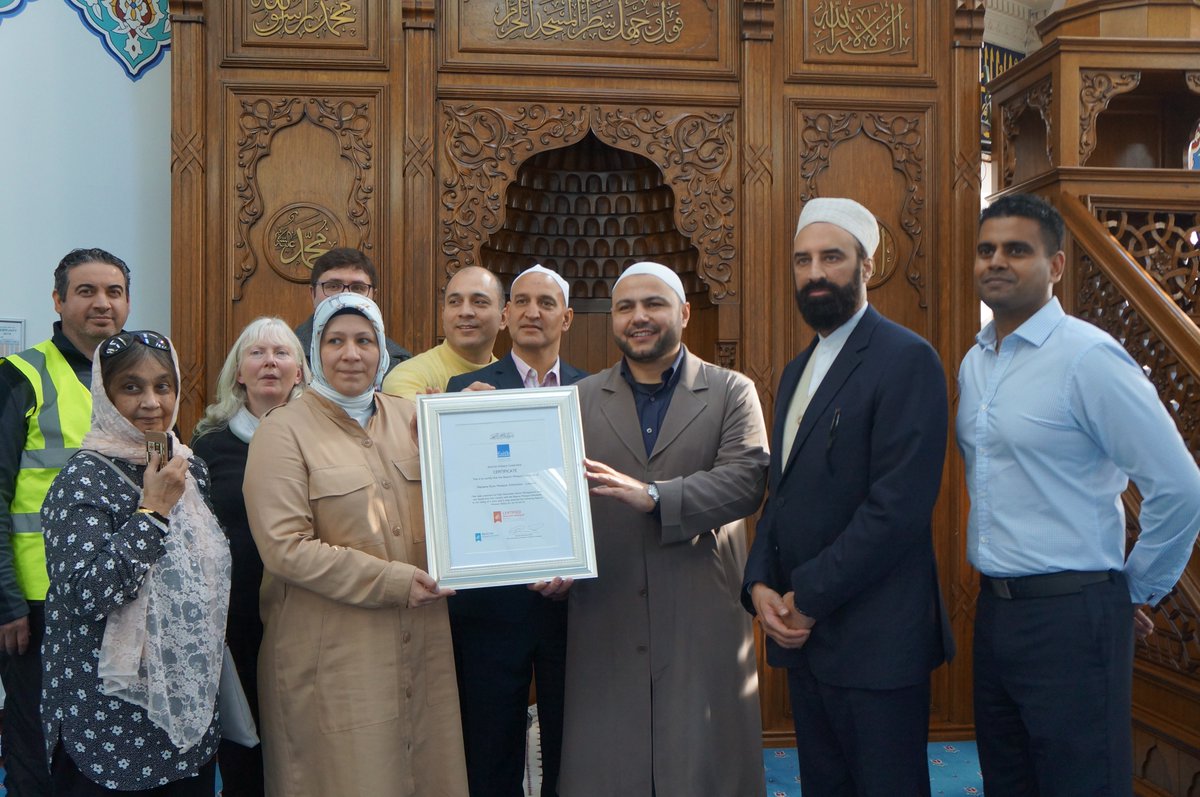 Mevlani Rumi Mosque was established in the borough of Enfield in 2008.

It was founded by Anatolian Muslims Society, a registered charitye stablished in 2004, taking its name after the famous 13th-century Islamic theologian, Mevlana Jalaluddin Rumi who emphasised the essential Islamic teachings of love, charity, care and commitment to others, and an emphatic acceptance of diversity.

They organise a number of activities and provide services to advance and promote inter-cultural, inter-faith and inter-communal dialogue, understanding and appreciation in the UK. Mevlani Rumi Mosque do this by organising talks, knowledge & skills based courses and cultural events in order to help advance social awareness, education and integration within our local community. Their Journey to Beacon Mosque

The foundation of a Beacon Mosque lies on 10 global standards, of which Mevlana Rumi Mosque met. These standards form the policy, management and governance infrastructure to ensure sustainable, inclusive and forward looking institutions.

Mevlana Rumi Mosque said: “The Beacon Mosque initiative has given us a new vision that helped us tremendously in our transition a high standard British Mosque”

Mevlana Rumi Mosque said: “The Beacon Mosque initiative has added many extra values to the quality, as well as the scope of the services that Rumi Mosque is offering to both British Muslims and the Non-Muslim community particularly in North London and greater London at large.”

“We are so proud of the changes, and they have been highly welcomed, praised and endorsed by every level of British Society. Faith Associates, the Organisation behind the Beacon Mosque project, helped us every step of the way, from being just a Turkish Mosque to a multi-cultural, high standard British Mosque. The role played by Faith Associate during this transition was remarkable, they worked tirelessly to help us achieve this outcome and hence, we are not able to celebrate this award with pride. But, the journey is not over yet, we have just begun and aim to continue to better our services for the whole community.”

We congratulate Mevlana Rumi Mosque on their achievements and look forward to continuing a strong partnership into the future.