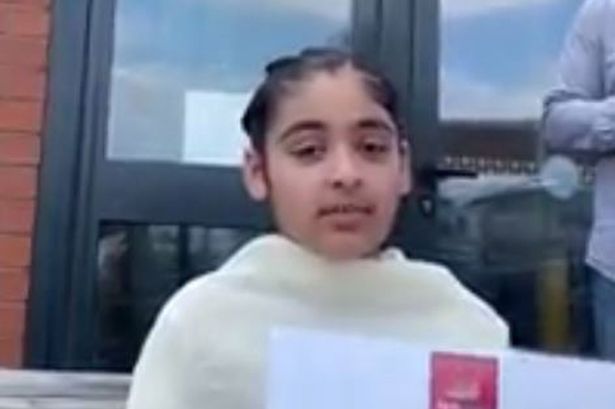 A Birmingham schoolgirl has raised more than £10,000 to help children being treated at a hospital in East Jerusalem.

Nine-year-old Haziqah Iqbal, from Bordesley Green, was spurred into action after seeing footage of children being treated at the facility.

She persuaded her father to help her set up a JustGiving page, through Green Lane Mosque, with the initial aim of raising £1,000.

But that was smashed in a few hours and, helped by her four-year-old sister Khadeejah, she generated more than ten times the initial target – £10,223 in the space of a few weeks.

Haziqah was presented with a “Certificate of Appreciation” by Coun Majid Mahmood, on behalf of the mosque.

Haziqah Iqbal from Bordesley Green has raised more than £10,200 for a hospital in East Jerusalem

The girls’ proud dad Yuser Iqbal said: “My daughter watched the video of the children being supported at the Al-Makassed hospital and asked me if we could donate, which we did.

“She then asked if we could get others to donate. I spoke to Green Lane Mosque who set up a JustGiving page for her.

“I was shocked myself but am really proud of Haziqah and Khadeejah, who kept telling me every time someone donated.”

Coun Mahmood said: “I’m hugely proud of Haziqah who took on the challenge of helping the less fortunate.

“I watched her social media videos on a daily basis with her little sister. They captured the hearts of Brummies who donated in abundance.

“Well done to Haziqah and Khadeejah – her young campaign manager who spent their break off school on this worthwhile project.”